Girls is the first tab you see in Crush Crush and allows you to directly interact with the various girls in the game. By clicking it, you will bring up a list of the girls in the game, which you can then select to use the interactions you have unlocked with the girl, as well as view the requirements necessary to gain the next level with them.

Crush Crush is available on Steam, Kongregate, Nutaku, and mobile devices (currently only available on the Google Play Store). The Moist and Uncensored Patch (in the Steam version) and Nutaku.net feature NSFW content, including sex scenes for reaching Lover level. The Nutaku.net and Nutaku.com versions had a (formerly) exclusive character named Nutaku after the sites.

The Mobile Version features all of the Official Girls on full scale, but some of the artworks (Girl Models and Phone Fling pictures) might be different from the PC versions. Note that mobile platforms do not have uncensored material due to rules in the Google Play Store, and you cannot transfer data across platforms.

Sorry/Chat/Flirt/Seduce - Allows you to talk with the girl, gaining at least 20 affection. There's a complex formula involving her "Liked Trait" and how many girls are at "Lover" status; see the Hobbies page for details. Takes 10 seconds base to cool down. What the button says depends on your current relationship level.

Stats - Allows you to view the unique stats of each girl, such as their age, birthday, and favorites (including their Liked Trait, which grants passive affection when you have at least one rank in it). No cool down.

Gift - Allows you to spend money buying the girl gifts, increasing affection. Takes 20 seconds base to cool down. Unlocked when the girl is at "Frenemy" status or better.

Date - Allows you to spend money taking the girls on dates, increasing affection. Each date takes a different amount of time blocks and a set amount of time you must spend waiting to complete. Unlocked when the girl is at "Friendzoned" status or better.

The Girls who are related to entire storylines throughout Crush Crush (Or Hush Hush) Gameplay.

NOTE: To unlock one of the girls listed above, you must have previously unlocked all the girls whose portraits appear above her. For example, you cannot unlock Bearverly before unlocking Fumi. However, all DLC Girls (Bundle Girls, Event Reward Girls, and Monster Girls) are excluded from this rule, and are unlocked from the moment you purchase them.

The Girls who are NOT related to entire storylines throughout Crush Crush (Or Hush Hush) Gameplay, but rather are unlocked by buying in the store or through events.

The Girls who are related to Monster Girls Series. Your "Task" is to find them and "Bang'Em All"... Probably... 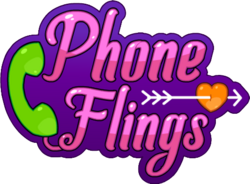 The Girls that are related to Phone Flings Series. You have no idea how they got your phone number, but you know you need to answer...

Community content is available under CC-BY-SA unless otherwise noted.